Tobacco Use & Your Health Tobacco is one of the most addictive substances in the world. Its use can be traced as far back as 1400 BC, and it originally began as a ceremonial and social ritual. Over the centuries, its rise in popularity along with research around its use developed, it has been found to be detrimental to our health both as first- and second-hand smokers.

Today around 40 million adults in the United States smoke cigarettes regularly. While originally the dangers brought on by smoking were unknown, it has now been linked to cancer and numerous other health conditions. As it is so commonly used, its dangers are far less known to youths who begin smoking at a young age after seeing others do so without impunity. What is perhaps the most staggering fact of all is that it is entirely preventable, though its highly addictive nature makes it difficult for one to stop after becoming hooked.

It has been established that smoking tobacco causes harm to almost every organ of the body. Some of the known health problems it can lead to include:

Despite all of these health risks that have been proven by the medical and scientific community, tobacco continues to be used. The World Health Organization implemented requirements on cigarette packaging in the early 2000s, forcing distributors to label messages about the health consequences that stem tobacco use. Despite this, efforts made to increase awareness around the health risks have been found to have a substantial impact.

The Truth anti-tobacco campaign, aimed at reducing teen tobacco use, was launched in 1998, and has been found to be more effective than other approaches. It’s matter-of-fact messaging and sometimes controversial tactics have proven to gain the attention and awareness of impressionable youths who may have otherwise tried smoking. One notable example of their unorthodox approach was the “Body Bag” commercial from 2000 in which body bags were placed outside Philip Morris headquarters in New York City to symbolize the 1,200 deaths that occur daily from tobacco use.

Studies have now found that tobacco also has an impact on a person’s mental and behavioral health in addition to the physical toll it is now infamous for. People with mental disorders, including depression, anxiety, bipolar disorder, schizophrenia, and PTSD, are more likely to be addicted to tobacco. The difficulty that comes from being unable to quit a nicotine addiction can even further a person’s depression if they already struggle with it because it is so difficult to leave behind.

Nicotine also has mood-altering effects and can temporarily mask the negative effects someone who suffers from mental health disorders may be experiencing. This puts them at higher risk for cigarette use and addiction to nicotine. It also only takes 10 seconds for the effects to reach the brain, which makes their availability more dangerous.

Smoking can also interfere with certain medications an individual might be taking for a mental health disorder. It can suppress the effects or heighten them, making it more difficult for their medical provider to know if a medication is working or what amount is needed.

Individuals living with mental health disorders are also more susceptible to stress and living in more stressful living environments. This is largely due to lower income, poor access to healthcare and government assistance, and difficulty in quitting. They do not have the luxury of trying different forms of quitting, such as hypnotism or CBT therapy that individuals with a good insurance provider would have. Furthermore, nicotine addiction is not often recognized as very serious by addiction treatment programs because it is so widely used, and so on campuses and in facilities there is less treatment and education available.

In recent years, nicotine has also been found to be what’s known as a ‘gateway’ drug. Scientists came to this conclusion after conducting experiments with mice, observing that it makes the brain more susceptible to addiction. Cocaine in particular is closely linked to the instant effects that nicotine provides.

Nicotine itself is the chemical that keeps a person going back for more. Similar to alcohol or cocaine, it increases the release of neurotransmitters in the brain that can affect our behavior and moods. One category of neurotransmitter is dopamine, which is connected to the reward center of the brain and elicits euphoria and pleasure. Similar to other drugs, people also build a tolerance to nicotine, which makes their intake go up as time goes on. More nicotine is needed to achieve the desired effect.

Smoking is a ritualistic habit and becomes very ingrained in a smoker’s daily routine. As it is so widely accepted, it can be done openly and without persecution and is allowed in most professions as a way to step away from work for a break. This can make it especially difficult for people to quit, as it soon becomes as natural to them as brushing their teeth. It is also a social icebreaker, paired with coffee and alcohol, a common accompaniment to driving, and more.

The rise of vaping took the world by storm in recent years, and despite warnings from health officials, it shows no sign of slowing down. Smokers are drawn in by the promise

At the onset of its popularity, vaping seemed like a healthier alternative to cigarettes and didn’t have the same stigma that has been imprinted in our minds for years. The thought of vapor rather than smoke even sounds healthier, but in truth, it is not. Beyond that, it has been considered a way to ‘step down’ from smoking cigarettes, but it is not that either. Modern research is showing that these e-cigarettes, while containing less toxic chemicals than traditional cigarettes, still contain many chemicals that produce the aerosol that the smoker inhales. Individuals who modify their vaping apparatus or use black market vape juice are at even further risk because they are impossible to regulate.

Just as it took years for science to catch up with the dangers of traditional cigarettes, the same is unfolding currently for vaping. There simply is not enough research to know exactly what the chemicals they contain have on the human body or the long-term effects. What is known is that the nicotine they contain, just like cigarettes, can cause the same heightened blood pressure, increase risk of heart attack, as well as asthma and lung disease.

The statistics for vaping becoming the cool alternative for the younger generation are also quite troubling. The US Surgeon General reported a 900% increase in high school students using e-cigarettes in 2015, and the numbers have continued to climb. This is largely due to the misconception that vaping is less harmful, and also more easily obtained for longer use than a pack of cigarettes. A vape cartridge costs less per-use comparatively.

Beyond that, the appeal of taste and flavor caters to the youth much more than a traditional cigarette. Flavors such as cotton candy, blue raspberry, even birthday cake are readily available and would be much more appealing to those who are more apprehensive about smoking, but happen to have a sweet tooth. Even more, the strong cigarette smell that stays on clothing and hair for long periods of time from cigarettes is no longer a worry and makes their use easier to conceal.

If the numbers of vaping continue to increase, there will be an estimated 55 million vapers in the US by the end of 2021.

The dangers of smoking are now widely known, and luckily the increased awareness that comes from that may help prevent individuals from picking up the habit in the future or be encouraged to quit sooner rather than later. If the health risks faced are not enough incentive, the cost that goes with the habit very well might. If a person spends $10 per pack and has a pack-a-day habit, that amounts to $3,600 a year, or $36,000 over a decade.

While the idea of quitting might seem impossible, it isn’t. If you or a loved one is struggling with nicotine addiction and want to talk, our Admissions team is available 24/7 to answer any questions you might have. Please give us a call today.

What Kind of Insurance Do You Accept? What Services Do You Offer? How to Help a Loved One How to Reach Admissions?

Do you have questions? 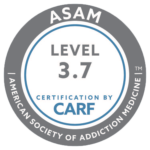 Granite Recovery Services does not discriminate on the basis of race, color, religion, sex, sexual orientation, gender identity or expression, national origin, ancestry, physical or mental disability, age, marital status or receipt of public assistance in the admission or access to or treatment in its programs or activities.

This website uses cookies to improve your experience while you navigate through the website. Out of these, the cookies that are categorized as necessary are stored on your browser as they are essential for the working of basic functionalities of the website. We also use third-party cookies that help us analyze and understand how you use this website. These cookies will be stored in your browser only with your consent. You also have the option to opt-out of these cookies. But opting out of some of these cookies may affect your browsing experience.
Necessary Always Enabled
Necessary cookies are absolutely essential for the website to function properly. These cookies ensure basic functionalities and security features of the website, anonymously.
Functional
Functional cookies help to perform certain functionalities like sharing the content of the website on social media platforms, collect feedbacks, and other third-party features.
Performance
Performance cookies are used to understand and analyze the key performance indexes of the website which helps in delivering a better user experience for the visitors.
Analytics
Analytical cookies are used to understand how visitors interact with the website. These cookies help provide information on metrics the number of visitors, bounce rate, traffic source, etc.
Advertisement
Advertisement cookies are used to provide visitors with relevant ads and marketing campaigns. These cookies track visitors across websites and collect information to provide customized ads.
Others
Other uncategorized cookies are those that are being analyzed and have not been classified into a category as yet.
Save & Accept
Powered by